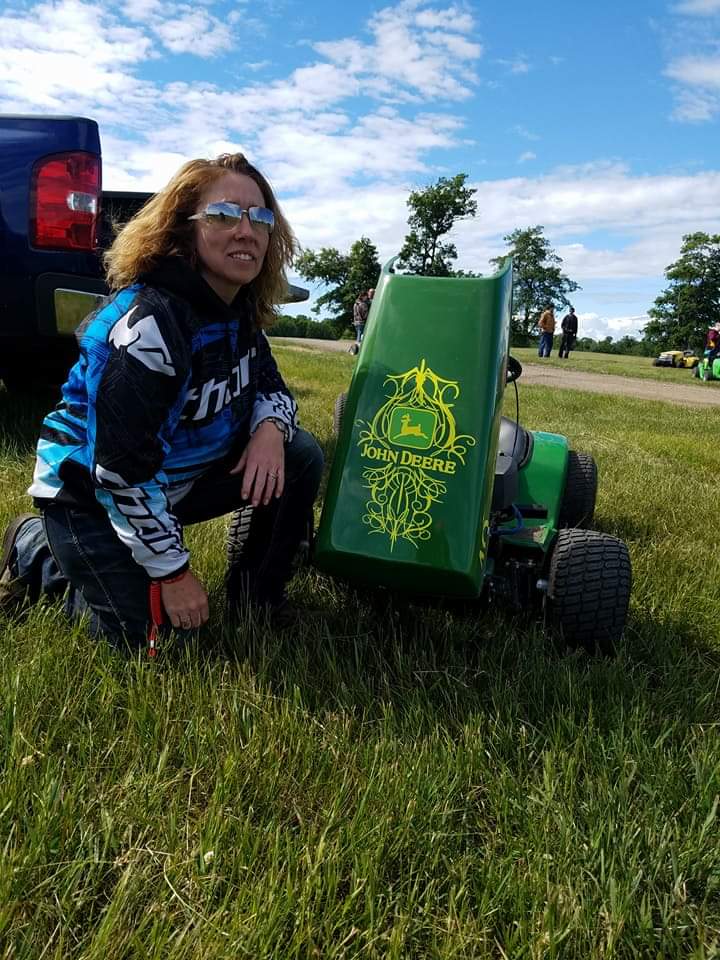 “No more sharing, I want my own mower.”

Charity’s oldest son started racing when he was a teenager. She watched him go from a kid that smoked the crowd out, literally, to being the boy to beat.   With her three sons, her husband and Charity currently racing, their race trailer has grown in size.  Now joining are the girlfriends too!  I’d say they are keepers if they race lawnmowers.

At the end of the 2014 racing season, Charity hopped on a mower to race against the ladies in a little exhibition trial. She found a whole new feeling of what it means to race a mower. Charity’s been racing ever since that day when the boys were laughing at the ladies. Not anymore boys.

Charity works hard in the medical field, and needs some seat time to let the week unravel with some speed.  She also assists with media/promoting for WILMRA.