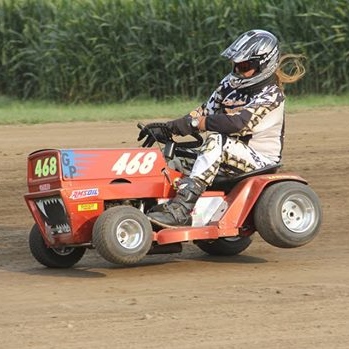 Tim has been ripping up the tracks racing for about 13 years.  He started racing for fun in Conover, WI for years before WILMRA started racing there.   You can find him traveling around Wisconsin and often hitting the National races with USLMRA.   Tim just can’t get enough track time.  He has many titles he has earned thru the years:   WILMRA Championship (IMOW 2012), Most Improved Driver (2012), Top 10 finisher in USLMRA national points (2013 finishing in 8th place)(2015 finishing in 6th place). Tim is 58 years young and says he hopes to still have many more years of racing left in him.

When Tim isn’t ripping up the tracks he works for Fed Ex Ground.  No wonder he likes to go fast!